Energy saving in law and life 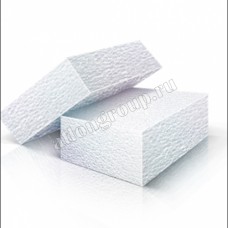 The Federal law" about energy saving and about increase of power efficiency and about modification of separate legal acts of the Russian Federation " of 23.11.2009 N 261-FZ (last edition)

The adoption of this law marked the beginning of a new approach in the construction industry. There was a real demand for saving products and technologies. At the same time, the desire of people to "green" technologies and materials, has led to the creation of new products in the field of construction.

At the time of the adoption of the law, our country already had a large range of materials that meet the above criteria. The huge accumulated experience of construction in the harshest conditions, the accumulated knowledge in this industry, did not catch the industry by surprise. After a short time, the technologies were brought in accordance with the norms.

Styrofoam was present among the saving materials, whose properties were well studied, measured and tested around the world by that time.

And, despite the obvious advantages of this insulation in comparison with other types, around its use in construction disputes do not cease.

First of all, this is due to the lack of knowledge about the current data, test results, the availability of permits and confusion, which make outdated GOSTs, and some enterprising sellers.

In this article we will consider the properties of polystyrene, its advantages and disadvantages compared to other thermal insulation materials in conjunction with the latest requirements and current construction trends.

Polystyrene is produced from polystyrene foaming suspension by heating water with superheated steam. This process is purely physical, chemical effects are excluded. Here we emphasize that only expanded polystyrene, polyethylene foam and polyvinyl chloride are obtained from pure polymers. For example, foamed polyurethane and other thermosetting thermosets are obtained as a result of chemical reactions in the combination of two or more oligomers.  In this case, the polymer appears simultaneously with its foaming.

It will be fair to note that in the technology of production of polystyrene (as well as expanded polystyrene) its sanitary and hygienic safety and "purity"is put. In accordance with the sanitary and hygienic standards, it can be in contact with any food products, disposable tableware, packaging for vegetables, fruits, fish and meat is made from it.

Opponents of the use of Styrofoam argue that polystyrene appears by polymerization of styrene. It is said that Styrofoam is constantly oxidized by oxygen and releases styrene into the environment.

But for most members of the scientific chemical community such statements are groundless and illiterate! After all, under normal operating conditions, polystyrene will not oxidize. Depolymerization of styrene can go, but at temperatures above 300 °C. and seriously talk about the release of styrene in the normal operation of the insulation is not necessary.

In the process of testing the wall panels, with an average layer of polystyrene insulation, styrene was not found in the selected air samples. Tests were conducted by the Moscow research Institute of hygiene. F. F. Erisman.

In the framework of the European regulation REACH (the result of research for 20 years), summing up all the world data on toxicology, we can say that styrene is not carcinogenic and mutagenic substance, does not affect reproduction.

Depending on the foaming technology and the raw material component, the density of polystyrene can vary widely. Namely, this indicator determines the basic properties of the material and the scope of application.  For example: the density of the material obtained by thermal molding can vary from 8 to 48 kg/m3; plates obtained by extrusion can have a density of 21 to 45 and more kg/m3. Upon receipt of products by pressing or injection molding density of the resulting products can reach 160 kg / m3.

The uniqueness of polystyrene lies in the fact that at low density, it has a very low heat. Other materials with approximate thermal conductivity will have more weight.

It is also extremely important to take into account the absorption of water insulation. The higher this value, the more progressive the insulation properties are lost as such. In expanded polystyrene is a very low figure.

But there is a warming in Europe

Low thermal conductivity of Styrofoam and other unique characteristics determined its wide application in Europe. In a tight economy, insulation in Germany is almost entirely conducted using polystyrene (with the 60-ies of the last century warmed more than 500 million square meters of facades, according to the Institute for building physics in Holzkirchen). Therefore, Germany provides data on the behavior of this material on the facades for a long time.

To date, there are no claims from the German construction community to the facade insulation systems. In view of the positive characteristics and normal protection from rain, high thermal insulation qualities, annually insulated by this method more than 30 million square meters of housing throughout Germany.

In Russia, opponents of the use of polystyrene Express concerns about the use of this material, which forced Russian scientists to analyze domestic data.

The most interesting are the results of tests of polystyrene samples extracted from wall panels during disassembly of houses with a service life of more than 40 years. The test results show that the properties of the samples remained at the level of 85-90% of the original, which indicates the possibility of longer operation of structures built of panels with polystyrene insulation layer.

In an unfinished house, in Kazan, the researchers watched the insulating layer, where polystyrene plates with a thickness of 100 mm stood exposed to winds, rains and sun. The layer is not more than 20 microns yellowed, but under it was found intact neither physically nor chemically snow-white structure. Even in an open atmosphere, Styrofoam is not destroyed so much that you can talk about the problem of its rapid aging. After a very long time, the foam fully retains its properties and characteristics.

Thus, the available research experience in this area allows us to draw the following conclusions:

Polystyrene foam is a moisture-resistant material and being a non-polar polymer, it has good moisture resistance, which is important for regions with high humidity or for working conditions during precipitation. Of course the usual vapor-permeable polystyrene is able to accumulate moisture. It can condense in the construction and freezing-thawing occurs. But, like all polymers, polystyrene-malleable material, so such destruction, as in mineral porous materials, does not occur.

Expanded polystyrene also has sufficient frost resistance, which allows it to operate at very low temperatures (-70 °C) without noticeable deterioration.

The absence of some domestic research in this area can be compensated by the database of canadian colleagues, who since the 70s of the XX century carefully studied the properties of foamed and extruded polystyrene for their applicability in harsh climatic conditions.

In 1973, in the Journal of soil and Foundation mechanics of Canada, the authors of an article entitled "design of insulated foundations" drew conclusions about the use of" ordinary " Styrofoam:

"While theoretical analyses have assumed the use of extruded polystyrene as an insulation material and have used it on construction sites, other materials, such as granular polystyrene slabs, can be just as successful for this purpose and even provide greater savings. However, where insulation is located under a loaded part of the structure, such as under a Foundation or under floor slabs, it must have sufficient compressive strength to withstand the load."

Such tests with the maximum degree of objectivity and scientific accuracy should be continued in Russia. Positive experience in the use of polymer insulation in the Northern latitudes of Russia has more than a decade, but it requires specific and convincing data on the results of application.

In addition to the ability to resist moisture and low temperatures, polystyrene has resistance to aggressive environments. For example, to the action of acids, alkaline solutions and other chemically active products, which also reduces the likelihood of destruction of the material. At the same time, there are restrictions on its use: the interaction of polystyrene with solvent-based paints or with aromatic and chlorinated hydrocarbons is detrimental to the material.

Expanded polystyrene and insulation in Yekaterinburg. Repair of power tools and supply of spare parts.

Expanded polystyrene according to international standards

We are pleased to announce that polystyrene and products for insulation now have certificates of con..

Options for insulation of floors with different materials.

This article is devoted to the system of insulation of houses " wet " way. This system resembles a l..

Styrofoam crumb
Styrofoam crumbCrumb foam (polystyrene) is produced as a by-product in the production of constructio..
1,800 руб.

Polystyrene-pps12-gost
Foam grade 12 is usedA more dense foam in this category than the previous PPP-10 GOST. The brand is ..
3,800 руб.

Polystyrene PPS to 15 f Facade
15F PPS polystyrene foam in insulation and sound insulationThe average density of the facade of the ..
4,590 руб.

Styrofoam pellets
Granules of polystyrene foam are very popular among builders and manufacturers of furniture.Polystyr..
2,600 руб.

Polystyrene EPS14 Fasad 1000x500x50 mm plate
Insulation of walls by polystyrene from the outside the house and inside.Designed such sheets for in..
57 руб.

Polystyrene EPS14 Fasad 1000x500x100 mm plate
Styrofoam is glued to the walls! According to the rules of Styrofoam on the walls glued and addition..
114 руб.

Polystyrene EPS14 Fasad 1000x500x150 mm plate
Polystyrene intended for the works outside the building is present in the range of heaters Atlongrou..
171 руб.

Polystyrene EPS14 Fasad 1000x600x50 mm plate
Expanded polystyrene for plastering is included in the system of insulation of facades. First, the w..
68 руб.

Polystyrene EPS14 Fasad 1000x600x150 mm plate
This foam is designed to insulate the walls from the outside. Freezing of walls occurs from the stre..
204 руб.

Polystyrene EPS15 Fasad 1000x500x100 mm plate
Is 100 mm polystyrene a lot or a little? An unambiguous answer can be obtained by correct calculatio..
122 руб.

Polystyrene EPS15 Fasad 1000x600x150 mm plate
In fact, these sizes of expanded polystyrene may seem unusual to those who are rarely faced with the..
219 руб.

Polystyrene EPS16 Fasad 1000x500x50 mm plate
You probably know that outside the house to insulate better than inside. The area is not reduced and..
64 руб.

Polystyrene EPS16 Fasad 1000x600x50 mm plate
Foam in the insulation of walls is used inside and outside the house. They also insulate the walls o..
77 руб.

Polystyrene EPS16 Fasad 1000x600x100 mm plate
Facade foam is designed and used for insulation of the external walls of the building. This facade f..
154 руб.

Polystyrene EPS16 Fasad 1000x600x150 mm plate
It is this foam recommended for insulation of walls outside buildings. The recommendations are based..
231 руб.

Polystyrene EPS17 ISO 1000x1000x150 mm plate
Foam of various thickness with the prices for sheet is presented at us. Not all options are presente..
396 руб.